I bought some lanolin balm. I got curious about how lanolin is made. It's wool grease that sheep naturally produce but how do they get it out of the wool? Basically it's just washed out and then isolated via centrifuge, but Wikipedia has the curious tidbit that the fleece also contains suint. One definition of this says that it's a salty dried sweat deposit in the wool, which led me down a rabbithole of trying to find out whether sheep do indeed sweat. Most people know that dogs don't sweat from their skin like a human, but horses do. You might think sheep don't either, since the wool would make it ineffective. For some reason my search for info turned up totally contradictory reports. Some articles say no, sheep don't have sweat glands like that (and neither do cattle or swine), so they pant like dogs. Others say yes, they do have sweat glands and you can even measure the sweat rates of different breeds. (And if they don't sweat, from whence this suint!?) Sometimes the internet can't answer a simple question! Have you ever seen a sweaty sheep? Let me know...

Here's an old Nvidia whitepaper on rendering fur. The gist: the shell fur technique is basically rendering increasingly larger versions of the base model, textured with slices of a 3D fur texture. However, this illusion doesn't work as well on the edges of the model, since you can see through the transparent gaps between layers. So you add fins to the visual outline of the model which gives the illusion of thick fur sticking out.

What I'm really taken with here is the silly cat demo character. It's enchantingly rubbish. 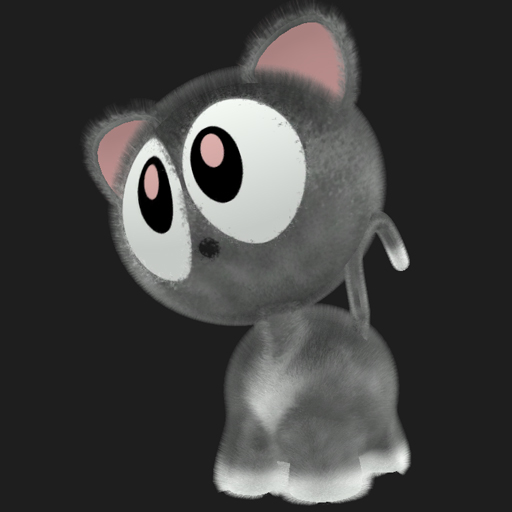 Today's find is the free itch.io game The Ratchelor. I just liked this, I thought it was silly and fun and had some good character reveals at the end. It's a nice touch that the other rats you don't pick also pair up at the end. 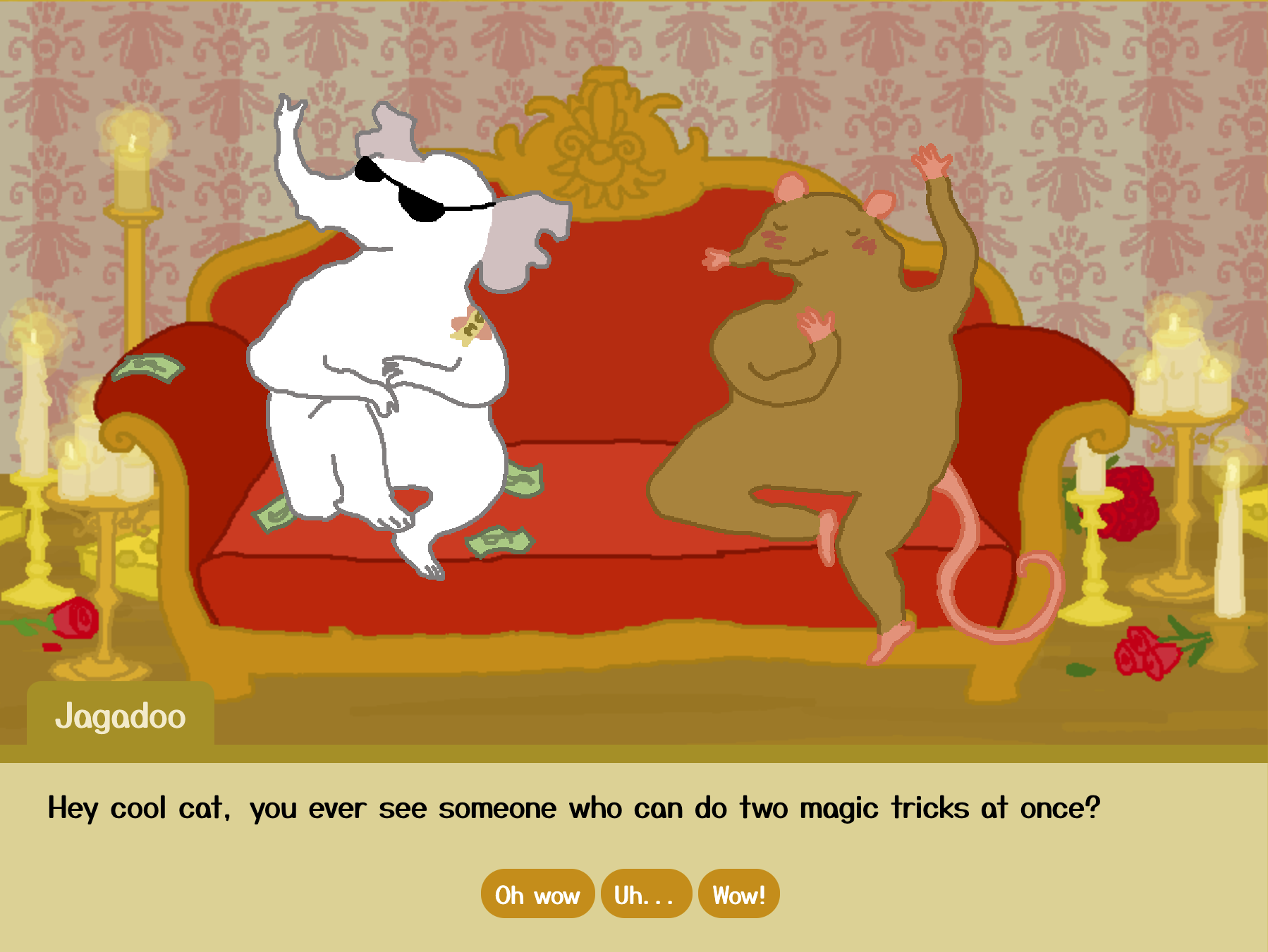 Today's find is not from today at all, it's something from last summer. I have a bit of a backlog of insects, moths and various animals to post. Here are two Southern Oak Bush Crickets in the garden, male and female (at least, I'm pretty sure that's what they are).

You can see that the female has a long ovipositor vs the male's two sort of earwiggish graspers. They have tiny wings as adults (which is how you can distinguish them from the Oak Bush Cricket). You might just about be able to see them on the female beside the red markings.

These only appeared in the UK in 2001. Apparently they should be arboreal and "difficult to detect" but they were just hanging out in plain sight on some garden plants. 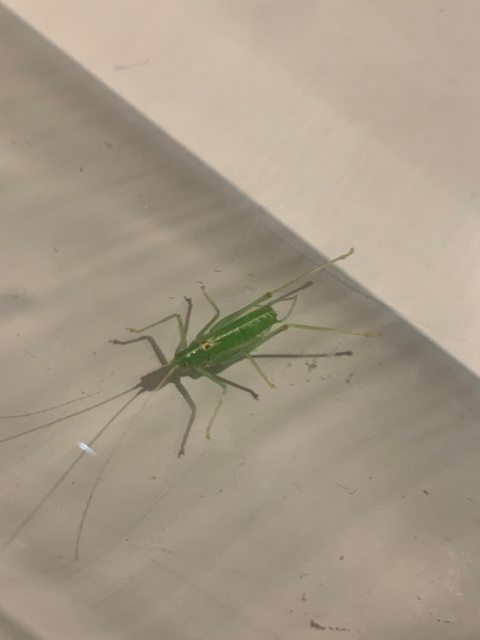 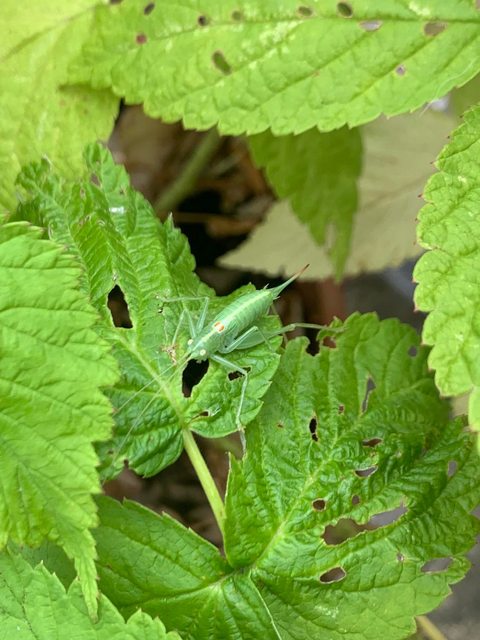 It's 2022! I've definitely given up on any idea of writing daily posts, but I still want to do intermittent posts for things which are cool but don't need a whole page.

Today's thing is not very obscure judging by the view numbers, but I'm old and not-very-online so I only found it recently. It's the free cartoon series Helluva Boss. (This is definitely an adults-only series; please read the warning before the episode.)

I wasn't sure about this at first because it looked worryingly Tumblr-esque, but it has some really good voice actors including Richard Horvitz (Invader Zim, Raz from Psychonauts) and it's clearly a labour of love for the animators. The first couple of episodes aren't great but if you stick with it it gets more interesting. I have a feeling the fandom for this is either really wholesome or really messed up and I don't particularly want to find out which. 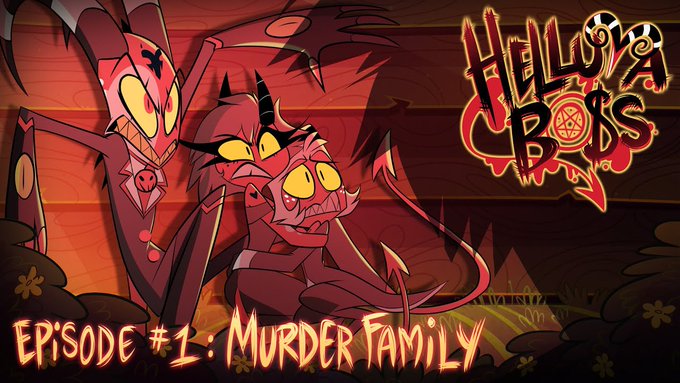 A quick update on other things: LnzLive is being actively used by some Petz hexers, which is great. I have been setting up a Petz Webring this week, although it's funny to see how many Discord users are too young to have experienced webrings in their heyday! I like how much of the Petz community is 'hidden' - one has to know the right links, ask around, explore. A webring feels like a fitting retro way to keep away from search engines but still provide discoverability.

I have also been playing with my own Spore-like creature creator as the next step up from my Blender spline creations.