You can find these on Youtube with English subtitles if you search for the titles.

This is the Soviet adaptation of Kipling's The Jungle Book. Over five episodes, Mowgli grows from a small child adopted by wolves into an adult, finally leaving the jungle to return to man.

The animation is lively and abstract, with beautifully observed feline movements in particular.

There are several large-scale fight scenes where hordes of individual animals mix into a sea of shapes.

The narrative and style is distinctly un-childish; Mowgli cuts the tail off a dhole, Kaa hypnotises and devours monkeys as Bagheera and Baloo watch in fear, and when Mowgli fights Shere Khan it suddenly cuts to Mowgli standing before the tiger's empty skin. The episodes end with a pretty trippy sequence of all the animals feeling the effects of springtime, gallivanting around with their mates while Mowgli runs about in his nappy wondering what this strange feeling is. Of course, seeing a human woman, he decides it's time to return to mankind and become a true adult. 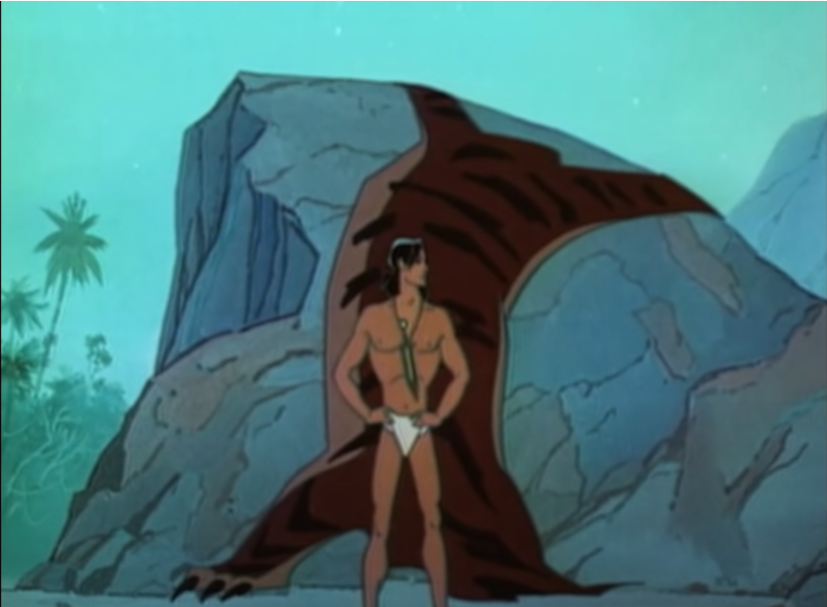 You might not be able to find all of these with English subtitles, but as long as you know the basics of the story you can enjoy it without understanding all the dialogue.

The Mystery of the Third Planet

There is a whole series of childrens' books by Kir Bulychev centered around Alisa Seleznyova, the adventurous space-travelling daughter of a zoo director. In this animation, Alisa, her father, and the wonderfully depressive Captain Zelyony set out to find new galactic animals for the zoo, but end up battling villains and tracking down missing space captains.

This is a fun sci-fi tale with a synth sound-track and visuals reminiscent of the artwork in Braitenberg's Vehicles.

This is based on a book, but the book has some odd details which I'm kind of glad they left out. In the book there are three captains rather than two, and while the second captain was only trapped in his ship for years, the third captain was being tortured almost to death. Alisa's father has to open him up and do manual heart massage! A bit too graphic for an animation, maybe...

The book has Zelyony as a mechanic/engineer and a separate captain; the animation opts for Zelyony as captain. He has much more of an engineer's personality though - always the pessimist! He's my favourite character in this animation. His voice acting is great and everyone just accepts what a miserable guy he is.

Hedgehog in the Fog

Kind of a spooky but contemplative tale. A hedgehog goes out to visit a friend but gets lost in the fog. It's hard to explain why this is so impactful. Give it a watch.

According to Russia Beyond, the creator was inspired by a painting called The Zvenigorod Saviour. Well, I don't really know what emotion this painting is giving, but here it is.